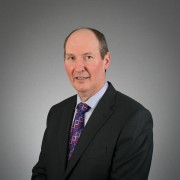 Alan was a Graduate Member of the Royal Society of Chemistry in 1981. He joined Galen Research Laboratories in 1978 in the quality control department where he took over as Quality Assurance Manager in 1982. Alan held a number of senior management operational and technical positions until 1995 when he was appointed to the Board of Directors of Galen Holdings Plc as Chief Operating Officer. In 2002 he retired from Galen Holdings and was appointed CEO of Almac Group. Alan oversees the entire Group’s operations globally and leads the strategic direction of Almac. In 2013, he was awarded an OBE by the Queen for services to the economy in Northern Ireland. 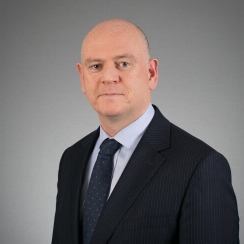 Colin graduated from Queen’s University, Belfast in 1996 and qualified as a solicitor in 1998. He joined Almac in 2003 as a Legal Adviser and was appointed as General Counsel and Secretary to the Almac Board. He was subsequently appointed to Executive Director in 2007. Prior to his appointment at Almac, Colin was in private practice at L’Estrange & Brett Solicitors in Belfast. Colin has been involved in intellectual property licensing and commercialization at Almac, and the development of strategic partnerships with academia and pharmaceutical companies. 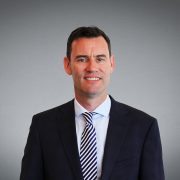 Niall graduated from Queen’s University, Belfast with a degree in Mathematics and Computer Science. He then qualified as a Chartered Accountant with PricewaterHouse before moving to Deloitte where he was a Director of Corporate Finance. His next move was to Resource Services Group as Group Finance Director. He left Resource Services Group in 2009 and joined Danske Bank, Belfast working as a Senior Corporate Banking Manager (Almac was one of his clients), then as Head of Business Acquisition followed by a number of senior positions within Danske Bank. Niall was appointed to the Almac Executive team as Group Finance Director in July 2019. 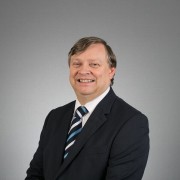 Stephen Campbell graduated with a BSc Honors degree in Economics in 1983 before qualifying as an Accountant. Stephen joined Galen in 1990 and was appointed to the Galen Board of Directors as Financial Director in 1991. Following flotation in 1997 Stephen became Company Secretary of Galen Holdings plc. Stephen became Financial Director of Almac in January 2002 and assumed the role of Non-Executive Director in August 2006. 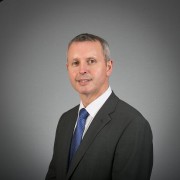 Paul Harkin is a Professor in Molecular Oncology within the Cancer Research Center at Queen’s University Belfast. Prior to this appointment he had been a Research Fellow in Medicine at Harvard Medical School and the Massachusetts General Hospital where he developed his interest in the emerging field of Functional Genomics. Professor Harkin has published his work in some of the world’s leading research journals and is a regular guest speaker at national and international conferences and Research Institutions. Prof. Harkin sits on several National committees and funding boards and acts as a reviewer for a number of major research journals. 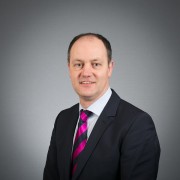 Almac Discovery & Almac Sciences’ Managing Director, Dr Stephen Barr, joined QuChem Limited in 1994 as a synthetic chemist, having completed a two year Postdoctoral Fellowship at the Queen’s University of Belfast. Prior to his post doctoral studies he finished top of his year and graduated with a first class honors degree in Biological Chemistry from the University of Ulster at Coleraine. Being one of only 20 students in Northern Ireland to be granted a distinction award from DENI (The Department of Education) he subsequently undertook and completed a PhD in Organic Chemistry at Queen’s under the supervision of Prof. Derek Boyd. In 1997, he was appointed as Technical Manager at QuChem and played a major role in the development of new business. Following the merger of QuChem Ltd and Syngal to form Almac Sciences, he was promoted to Vice President with full responsibility for all technical operations, becoming Managing Director in 2001. 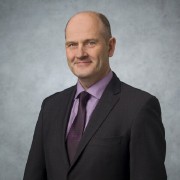 Robert Dunlop joined Almac Clinical Services in 1990 and has over 30 years’ experience in the pharmaceutical industry. He obtained a PhD in Chemistry from Queen’s University, Belfast and is a member of the Institute of Directors. Since 2001, Robert has been responsible for the strategic, financial and operational leadership of Clinical Services Business Unit. 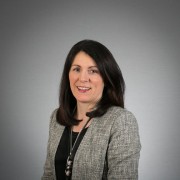 As President and Managing Director of the Clinical Technologies Business Unit, Valarie brings more than 20 years of experience in the Biopharmaceutical Development industry. Since joining Almac, Valarie has held numerous leadership roles including Vice President of Clinical Project Services, and Executive Vice President of Operations where she was charged with the development and execution of the company’s long-term commercial and operational growth strategies. Valarie holds a Bachelor of Arts from Rutgers University, and is based in Almac’s Souderton, Pennsylvania office. 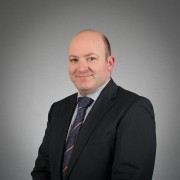 Graeme graduated from University of Ulster in 1990 with an HND in Applied Biology and an MSc in Manufacturing Management in 1994. Graeme joined Galen in July 1990 and was appointed Production Manager in July 1992. He became Production Manager for Ivex Pharmaceuticals Limited in January 1994 and was promoted to Operations Director in April 1997. In October 1999 he was appointed Group Operations Director for Galen, and in July, 2001 became Senior Vice-President for Manufacturing Operations. Graeme was appointed President and Managing Director of Almac Pharma Services in 2003 and is responsible for the strategic, financial & operational leadership of Almac Pharma Services.