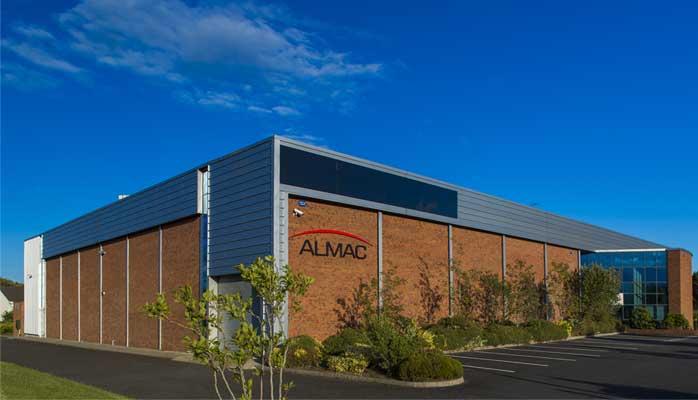 Almac previously confirmed that it secured new premises in Dundalk, Ireland in January 2017 as part of its ongoing global expansion strategy, to meet client demand and to address any potential challenges that may arise due to Brexit.

Following these successful HPRA inspections, Almac Group look forward to being officially licensed to conduct QP batch certification and release for both clinical trial material and commercial drug product from its European campus in Dundalk.

Ensuring the Group meets current and future client needs in the European Union marketplace, Almac has today announced further investment at the campus including a new QC laboratory and packaging facility for commercial drug products and a dedicated 79,000ft2 EU Distribution Center for clinical trial supply. This investment will more than treble the GMP footprint at its European campus which is scheduled to be operationally ready by January 2019.

Over the last 18 months, Almac has invested significantly, with the expansion of operational capabilities and employee numbers in each of its key territories including USA, Asia and UK. This announcement is part of a wider global expansion strategy. It will be paralleled with further investment and plans to increase employee headcount in all these locations in the coming 18 months, including its Global HQ in Craigavon, UK.

Alan Armstrong, CEO and Chairman of the Almac Group commented: “Achieving these successful HPRA inspections is a key milestone. In addition, the announcement today of further expansion will ensure our current and future clients receive a seamless solution with access to the EU marketplace.  Crucially, this will ensure an uninterrupted service provision through any uncertainty Brexit may bring, and for the future, keeping Almac as a global leader in the life sciences sector.”

Welcoming the announcement Minister for Business, Enterprise and Innovation Heather Humphreys TD said, “This decision by Almac is a great vote of confidence in Dundalk, especially coming so soon after their initial decision to develop an operation in the area.  It further strengthens Ireland’s Life Sciences capability in the North East and builds on a series of new IDA projects announced for Dundalk and elsewhere in County Louth over recent times. This exciting new facility is a further example of the success of our commitment under the Regional Action Plans for Jobs to provide quality jobs in regional locations.”

Commenting on the announcement Martin Shanahan, CEO, IDA Ireland said “This further investment in Almac’s European Campus in Dundalk is a very positive development for the company and the North East region.  The Irish facility plays a strategically important role within Almac’s global footprint.  Companies continue to choose Ireland as a location which provides certainty of access to the European Union in the long term post Brexit.”