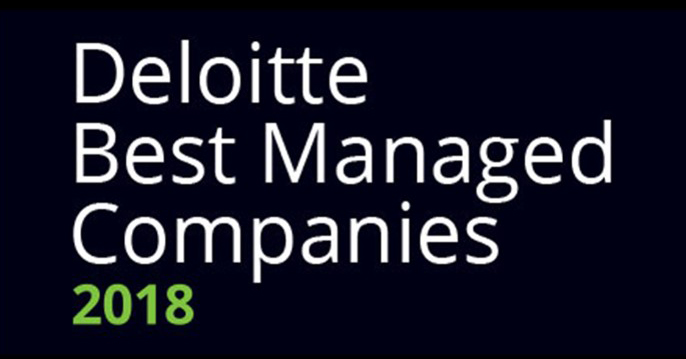 Almac was awarded the status for the first time following a detailed qualification and judging process and was recognized for demonstrating superior business performance. 22 new companies join a requalifying network of more than 100 companies, built over a decade of the program. The awards, in association with Bank of Ireland, culminated with the Best Managed Companies Awards symposium and gala in Dublin on 15 March 2018, which was attended by over 1,000 people from the business community.

As part of its ongoing expansion strategy, Almac recently announced the completion of a £20 million investment in its cold chain management capabilities with the opening of a 95,000 sq ft custom built cold store facility at its global headquarters in Northern Ireland. The organization also recently confirmed further investment at its European Campus in Dundalk which is scheduled to be operationally ready by January 2019.

Commenting on the award, Kevin Stephens, Finance Director, Almac Group said: “We are pleased to be recognized as a Best Managed Company by Deloitte. This achievement highlights our commitment to the growth and development of Almac on a global scale, ultimately benefitting patients worldwide”.

Commenting, Deloitte Partner, Anya Cummins said: “2018 marks the 10th year of the Deloitte Best Managed Companies Awards program, which has grown from 25 companies in year 1 to 137 in year 10. The program represents companies from different industries with many industry-specific challenges but also common characteristics such as adaptability, innovation and ambition.”

The Deloitte Best Managed Companies program promotes and recognizes excellence in Irish/Northern Irish owned and managed companies. It is the only awards scheme in the region that considers a business’ performance from every perspective.

The Deloitte Best Managed Companies program, in association with Bank of Ireland, promotes and recognizes excellence in Irish/Northern Irish owned and managed companies. It is the only awards scheme on the island of Ireland that considers a business’ performance from every perspective.

Entrants to the program will compete for this designation in a rigorous and independent process that evaluates the caliber of their management abilities and practices. Program sponsors are Bank of Ireland, the Irish Management Institute and the Sunday Business Post. For further information, visit www.deloittebestmanaged.ie.