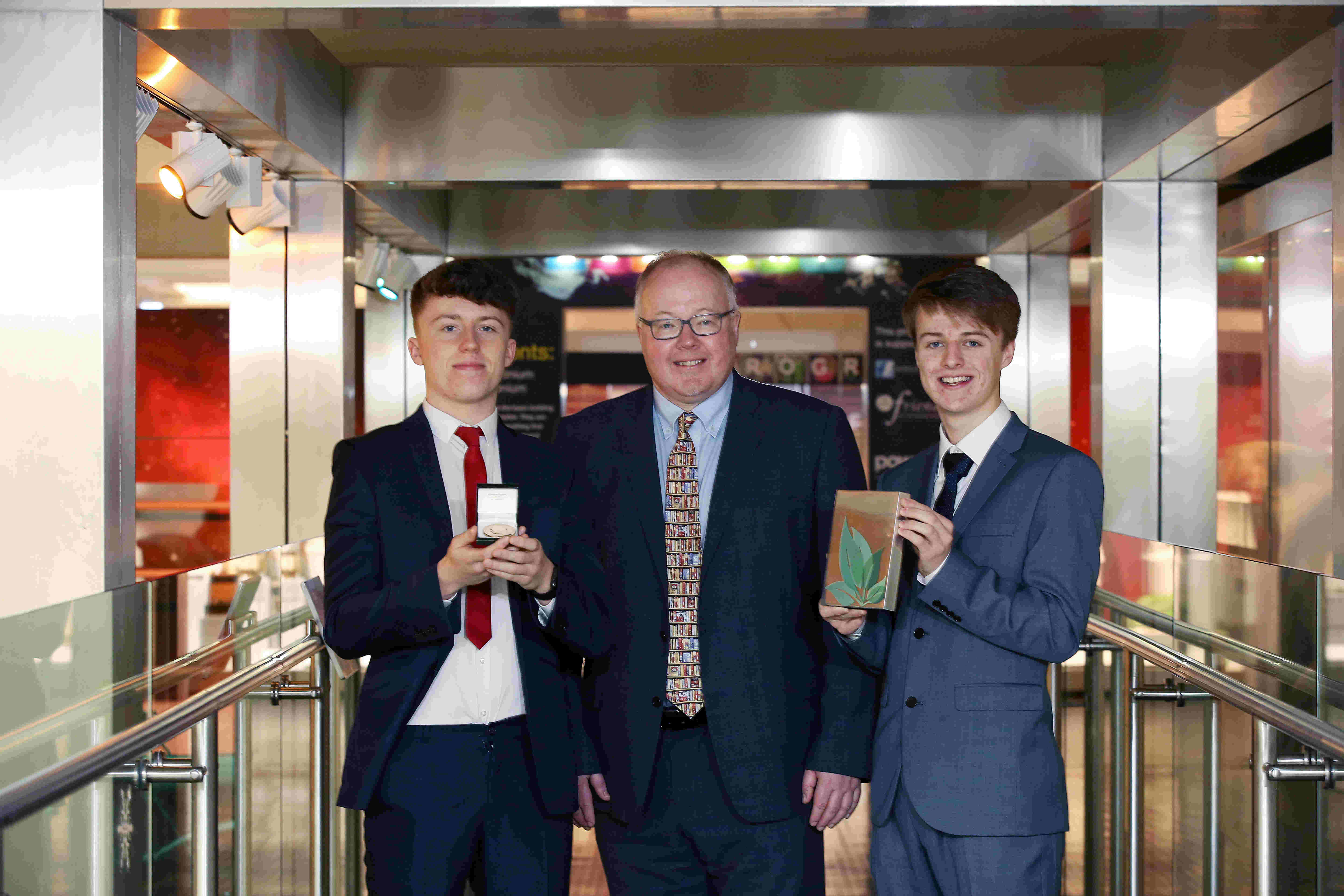 Craigavon, N.I., 04 Jan 2018 – Six top local science students, and their schools, have been recognized for their excellence through awards set up in memory of two of Northern Ireland’s most famous and forward thinking scientists, the Hans Sloane Medal and the Sloane McClay Award.

The Hans Sloane (Memorial Fund) Trust, in partnership with National Museums NI, was established in 1960 to commemorate the life and work of the celebrated Killyleagh physician, scientist and collector.

The Trustees award the Hans Sloane medal to the student obtaining the highest combined marks in biology, chemistry and physics each year at ‘A’ Level, along with their school, to recognize excellence in teaching.

This year, through a new partnership with Almac Group, a global pharmaceutical development organization headquartered in Craigavon, the cash awards given to the top three ‘A’ level students have been increased and a new award for Northern Ireland’s brightest GCSE students has been established.

The winner of the Hans Sloane medal was Jamie Brannigan, a former pupil of St Colman’s College, Newry, who was also presented with a certificate and a check for £500. He is now studying Medicine at Cambridge University. St Colman’s principal, Cormac McKinney, also received a Hans Sloane medal from Professor Tim Harrison, Vice President, Drug Discovery, Almac Group.

The new award recognizes excellence at GCSE level for science and maths students and has been introduced to commemorate the life and work of not only Sir Hans Sloane, but also Sir Allen McClay, the visionary entrepreneur and businessman from Cookstown, who founded the Almac Group.

The Sloane McClay awards were presented to Matthew Vennard, from Portadown College and principal Simon Harper by Professor Harrison. Matthew achieved the highest combined marks in biology, chemistry, physics and maths at GCSE level. Matthew, who is now is now studying for his ‘A’ levels, also received a check for £250.

Dr Sally Montgomery, a Hans Sloane Trustee, said: “The students have achieved remarkable marks across the subjects. The Trustees were delighted to introduce the new Sloane McClay award in partnership with Almac as it recognizes the importance of maths and encourages students to consider STEM subjects for a future career in the field.”

Professor Tim Harrison, Almac, added: “Almac’s partnership with the Hans Sloane Trust enables us to recognize and reward excellence in key STEM subjects across the region. As a global business our success depends on the talent and skills of our most important asset, our people, and it is therefore crucial that we continue to invest in the next generation of scientists, mathematicians, engineers and tech experts. I would like to congratulate all the worthy recipients of the Hans Sloane Medals and the inaugural Sloane McClay Award and wish them every success for their careers.”

Kathryn Thomson, Chief Executive of National Museums NI, said: “We are delighted to partner with the Hans Sloane Memorial Fund and with Almac, recognizing two of Northern Ireland’s most eminent scientists from the past. National Museums NI value learning and enriching the minds of all ages lies at the heart of what we do.  These awards look to the future by rewarding our exceptional young science students and I would like to congratulate the six prize-winners on their outstanding achievements.”

To find out more about the Hans Sloane and Sloane McClay awards, visit www.almacgroup.com/sloanemcclay.

The Hans Sloane (Memorial Fund) Trust, in partnership with National Museums NI, was established in 1960 to commemorate the life and work of the notable Killyleagh surgeon and collector, Sir Hans Sloane (1660–1753). Sloane promoted inoculation against smallpox, the use of quinine (a treatment for malaria) and the health-giving properties of drinking chocolate mixed with milk. Sloane’s collection became the foundation of the British Museum.